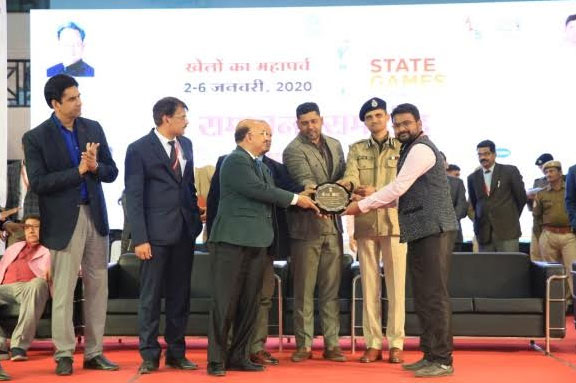 Dr. Ankit Bhargava (PT), Department of Physiotherapy, School of Liberal Arts and Sciences, Mody University was were appointed as a “Chief Physiotherapist” for the State Games by Government of Rajasthan. He had provided his services to 18 games with the team of 10 physiotherapists at various venues. He had treated on field many national or international level players and coaches for their respective injuries. For his outstanding work, Department of Youth affairs and Sports, Government of Rajasthan recognized him with the award of appreciation at the closing ceremony of the State games 2020 at Sawai Man Singh Stadium, Jaipur on 06th January 2020.

The state games were took place from 2nd January and continued till January 6 in which approximately 8,000 sportspersons and coaches from different parts of the State were participated.