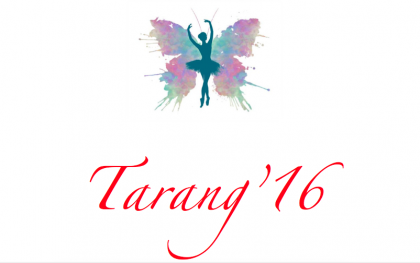 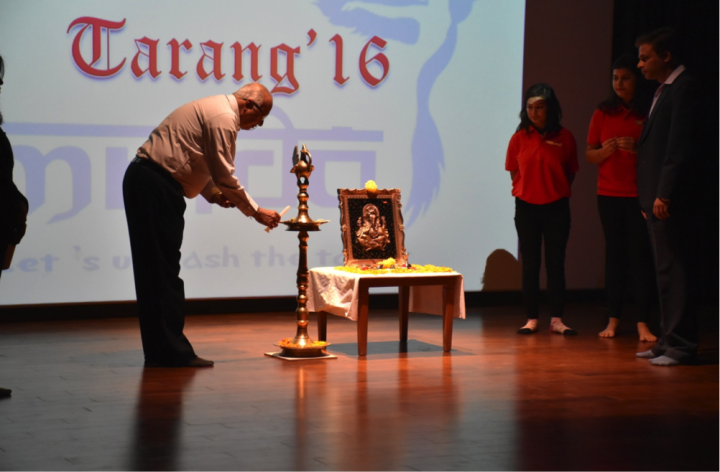 The evening began with the lamp lighting ceremony by the President of the University, Dean and the Associate Dean with the Ganesh Vandana being played in the background. The first performance was a dance presented by Ms. Sindoori Choubey and Ms. Shivangi Dhaka. 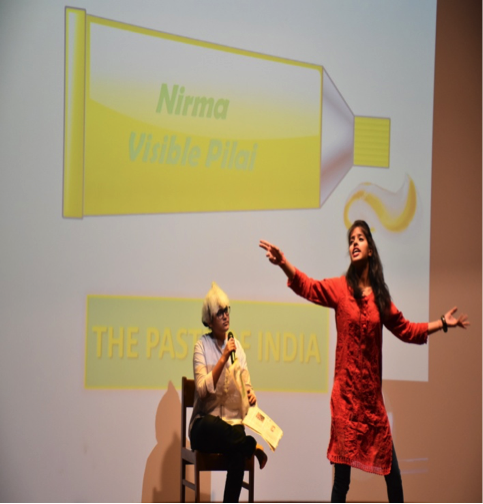 The activity was followed by Explore the talent round where the participants stepped out of their comfort zone. Participants performed various activities like nail art, sand art, sketching and whistling in one minute. First position was bagged by Orange house where Prerna Sinha whistled the tune of National Anthem. 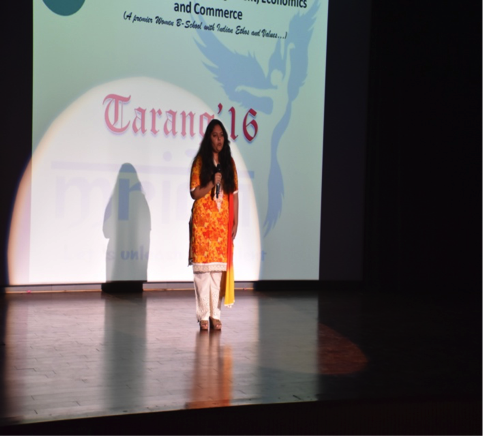 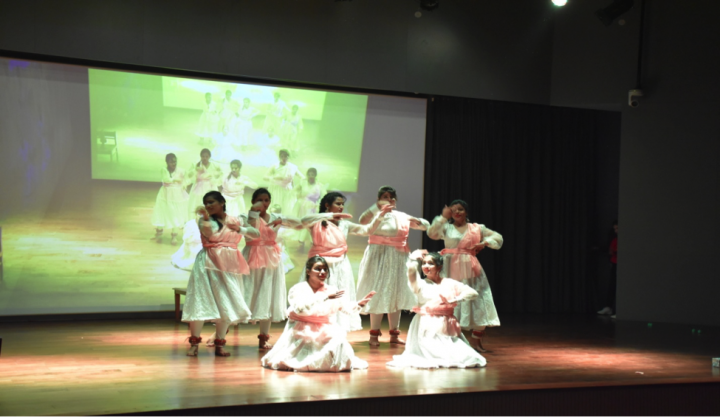 The next activity was cook without fuel where the students had to cook without the use of any electric items or fuel within 25 minutes. The participants from different houses prepared different types of delicious items like Mojito, Choco Balls, Fruitpan and Creamy Spheres. The first position was bagged by the Purple house where the participants had prepared Choco Cano, C2 Bites, Creamy Spheres, Bao-Bao and Swad-E-Alam.

The last activity was Stand-Up-Comedy. The participants tickled the audience with the best of their comic skills. The first position was bagged by the Blue house.

Prizes were awarded to all the winners and the runner-ups. The all-rounder trophy was bagged by the Pink House (Rhodonite). The team was led by Ms. Divya Pareek(Team Leader). The event was witnessed by the faculty members, non-teaching staff and students.