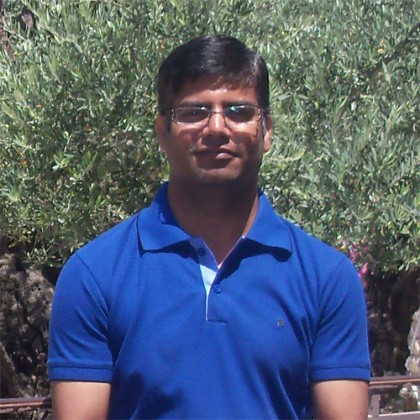 Dr. R. K. Gaur, Associate Professor in the College of Arts Sciences and Humanities, Mody University, has been selected for the prestigious UGC award in recognition of his significant contribution. The award is given to a researcher who has done outstanding work in their scientific career.

During the period of this award, Dr. Gaur’s salary will be paid by UGC with a contingency grant of 3 Lacs. Dr. Gaur has published 120 research articles in national and international journals and presented 50 papers in the national and international conferences. He has also supervised four theses. Recently, his name is also included as an Associate Supervisor for a student enrolled at the Lincoln University, New Zealand. Dr Gaur is the first researcher from Mody University to receive the UGC teacher grants.

His work with plant virus led him to take an active role in international scientific affair. Being a plant virologist, Dr. Gaur has reported several plant virus diseases on ornamental plant as well as economical crops first time from India. These disease reports were already published in the national and International journals. He had also developed the strategies for the management of plant virus diseases published in the Molecular Biology Reports (Springer).

Dr. Gaur has also raised funds of Rs. 70 lakhs through the Government- aided projects including the first international projects with the collaboration of Bulgaria. He has edited/co-edited nearly ten books and symposium volumes (published by International publishers), and organized numerous conferences, symposia, and workshops. He is also a reviewer of several international journals and projects such as US-Israel-BARD and IFS-Sweden.