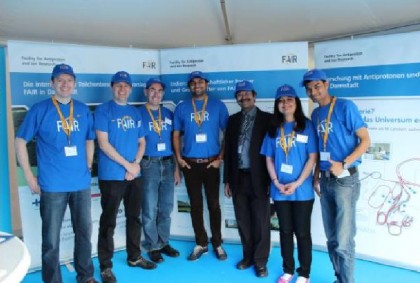 Scientific research has provided an increasingly comprehensive insight into the structure of matter and of the development of the Universe. And our Universe contains many magnetic fields and those magnetic fields contain many particles and components. Electrons are the subatomic particles that orbit the nucleus of an atom. They are generally negative in charge and are much smaller than the nucleus of the atom. If you wanted a proper size comparison the size of the earth in comparison to the sun would be a pretty close visualization. Electrons are also important for the bonding of individual atoms together. Without this bonding force between atoms matter would not be able to interact in the many reactions and forms we see every day. This interaction between the outer electron layers of an atom is call atomic bonding. Electrons are also important to electricity. Electricity is basically the exchange of electrons in a stream called a current through a conducting medium. In most cases the medium is an acid, metal, or similar conductor. In the case of static electricity, a stream of electrons travels through the medium of air. The understanding of the electron has allowed for a better understanding of some of the most important forces in our universe such as the electromagnetic force. Understanding its workings has allowed scientist to work out concepts such potential difference and the relationship between electrical and magnetic fields.

GSI, Germany is one of the few organisations who provide research facilities on Electronics. GSI operates a worldwide unique large-scale accelerator facility for heavy ions. GSI is a member of the Helmholtz Association, Germany’s largest research organisation. Researchers from all over the world use the facility for experiments to gain new insights about the building blocks of matter and the evolution of the universe. The main focus of the GSI research program is the basic investigation of the field of nuclear physics and atomic physics. To answer fascinating questions on evolution of Universe, GSI physicists together with scientists from universities and research institutes, both in Germany and abroad, plan for the new international accelerator centre  FAIR (Facility for Antiproton and Ion Research) for intense, high-energy beams of ions and anti-protons. FAIR is a unique new international accelerator facility for the research with anti-protons and heavy ions. In the coming years the new international accelerator facility FAIR, one of the largest research projects worldwide, will be built at GSI. At FAIR an unprecedented variety of experiments will be possible. Scientists from all over the world will be able to gain new insights into the structure of matter and the evolution of the universe from the Big Bang to the present.

One who is studying on Nuclear Science, getting opportunity for research in such a company is surely give a direction to his / her destination.  Ms. Yashika Bansal of B-Tech in Electronics & Communication (2009) and M-Tech in Very Large Scale Integration Design (2012) of Faculty of Engineering and Technology of Mody University of Science and Technology is one of the lucky fellows who got selected for Master Thesis and Internship at GSI. She completed her Master Thesis (Sept. 2011 – May 2012) on the topic entitled “Characterization and Measurement of latest prototype radiation hard Double Sided Silicon Detector’s for online “Beam Test at COSY, Julich, Germany”, which has been published 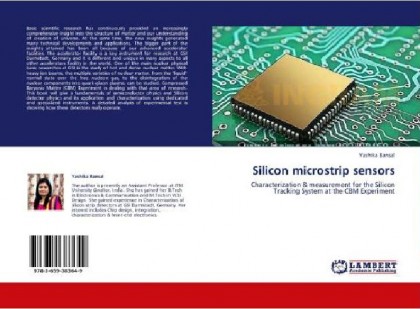 in the form of a Book “Silicon Micro-strip Sensors“ by an International Publisher LAP Lambert Academic Publishing, Germany. This book is based on the Latest Technology Silicon Micro-strip Detectors and procedures for its characterization. It could help the students for understanding the basic concepts of silicon technology and its testing procedures. She also got selected among the Indian students working in GSI, Germany for representing the FAIR (Facility for Anti-Proton and Ion Research) in the 823rd HafenGeburtstag (Port Anniversary Festival), Hamburg, May 2012 and her task was to explain people about what are we doing in FAIR & GSI and the benefits from the research and development in the FAIR experiments.

Surely it was a proud moment for Mody University. Her success brings the name of the University into limelight. It’s a great achievement of the FET, projecting the ability to build a brighter future for a girl. The University always indulges the students to explore their knowledge and encourages them to become internationally acknowledged. It makes sure that every student can get world-class education so that they can reach to the peak of success. Advance technology using in learning process makes the students much more eligible than others. Resourceful library helps them to enrich their knowledge. Expert faculty members train them and make them ready for the competitive world.